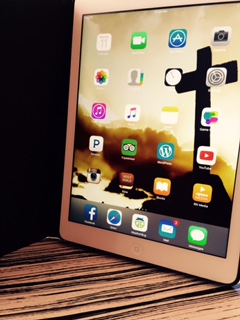 Isaiah 45, Verses 9-10: “Woe to those who quarrel with their Maker, those who are nothing but potsherds (broken pottery) among the potsherds on the ground. Does the clay say to the potter, ‘What are you making?’ Does your work say, ‘The potter has no hands?’ Woe to the one who says to a father, ‘What have you begotten?’ or to a mother, ‘What have you brought to birth?’

Clearly, through Isaiah, God is giving man a very clear warning not to question his methods and motivations in this passage. In this story in Isaiah chapter 45, God is rising up Cyrus II of Persia to great heights, though Cyrus is a non-believer and doesn’t acknowledge the Lord. The purpose is to restore Israel after a period of rebuking to teach obedience, and Cyrus is the tool he will use to accomplish this.

In verses 11-13, God speaks…”This is what the Lord says – the Holy One of Israel, and its Maker: Concerning the things to come, do you question me about my children, or give me orders about the work of my hands? It is I who made the earth and created mankind on it. My own hands stretched out the heavens; I marshaled their starry hosts. I will rise up Cyrus in my righteousness: I will make all his ways straight. He will rebuild my city and set my exiles free, but not for a price or reward, says the Lord Almighty.”

I use this story today because I’ve been pondering heavily about the current situation we live in with the pending explosion of artificial intelligence. Today’s devotion isn’t so much a lesson or conclusion, as it is an open-ended question for the reader to ponder as well. Where is God leading us with the rise of the machine, and what is our responsibility of obedience?

Above all the distractions of this world and the shiny objects that keep us all somewhat hypnotized away from true reality, men and women that God has blessed with tremendous gifts are busy creating a new species. That’s not science-fiction or conspiracy…that’s what is happening…and even the people doing it are frightened by its possibilities and their ultimate lack of control over where it will take us. Most feel like it’s leading us to extinction. A few want just that. “Singularity” is the moment that artificial intelligence catches up with human intelligence. At this point, it is reasoned forward that technically machines will soon thereafter see the need of the human race as pointless. That moment is fast approaching.

This fact of current reality has mankind on the edge of the possibility of a new level of existence in human history – Can man become God and create his own being? That’s the goal of a few of the most brilliant minds living on this planet. To merge themselves with machine and gain immortality. Much like Cyrus, God doesn’t enter their formula because they do not acknowledge that a maker exists. The movie, “ex machina,” provides a fictional, but reality-based glimpse into the process of what it is they are building. It’s smart viewing for the prudent to be aware of where the powerful are taking us. Within the movie it exposes the sources of the mass human data required to build this “next step in human evolution,” and those sources are – us. All of the electronic data will all create siphoned into the process creating the delicate balances of human-like intelligence. Our images, our thoughts, our nuances, our emotions….all poured in. However, what science lacks and will never gain is the ability to create the human soul – actual life.

So, where is God taking us in this “folly of man?” After all, we are but broken pieces of pottery laying about the floor, and it’s high folly indeed to truly believe God can be made obsolete. So, are we to question why God is allowing this, or are we to trust that as he did with Persia to restore Israel, God has his purpose in bringing man to the edge of ultimate destruction? Woe to he who quarrels with the hand that made him. Science obviously is quarreling, so where does that place our responsibility to obey? We trust in the Lord.

Have you given the implications of artificial intelligence much thought? Are you preparing for the changes it has and will bring to earth? Most importantly, are you deeply considering how you will remain steadfast in your faith while science seemingly proves everything you believe wrong? This is the test facing the believer and it’s coming at us like a freight train.